Ninos settled down in France, just like God advised, saying it would be a nice place to start off, and if he doesn’t like it, he could just move away.
Ninos was a french teacher in a school, and he was quite content with his job, being able to teach young minds the righteous ways of divinity and morality.  He was still a semi-god, meaning he was still partly human, so he had few hobbies, such as video games. It wasn’t how God intended for things to be, but it was inevitable.

Already the second week of school, Ninos was teaching grammar to ‘his new batch of students’. They were going straight into everything, and that was a little bit mind blowing for the freshmen, but the man had his own way of teaching things: “first go harsh, then slack off”. This way he could install terror into the students and make them work hard for a longer period of time.

Ninos looked over at a seat in the room that has been unoccupied since the beginning of school. He frowned at the emptiness of it, before turning his back against it to write on the chalkboard.
Suddenly, the door opened, revealing a tall blonde teenager. He didn’t greet the teacher, and even more disrespectful, he continued to eat his seeds, spitting them everywhere in the classroom.
Ninos felt something wet and cold sticky to the back of his neck, and froze for a second, before turning around, to see the empty seat from earlier now occupied. He stared in disgust at the student who was rudely fidgeting on his phone and eating his seeds, his feet up on the desk.

The other students as well were speechless with shock at the arrival of the new student.
Ninos’s hand reached up to his nape and flicked off the seed shell implanted there by the newcomer. Now Ninos was boiling with rage.
“What is your name?” he growled between his teeth, but the student wasn’t paying attention to the angry teacher.
“What is your name, I said!” once again, he got ignored. His face red like a lobster, Ninos hassles to his desk and searched furiously through some papers.
“Ionci! ( https://translate.google.com/#auto/it/ionci )” he tried to say, but horribly misspells it due to his french accent ( https://translate.google.com/#fr/fr/ionci ).
The student raises his eyebrow and looks for a split second at the teacher.
“What’s up?” Ionci questions, enraging Ninos even more.
“What’s up?! You’re two weeks late, you greet me by spitting a seed shell at me and you are rude!”
“Just have my phone already.” he says and turns in his phone, putting it on his desk.
Ninos throws it back at him, and again, between teeth, whispers:
“Get to writing, now. I don’t want to see you eating or with your feet up at my class ever again. Nevermind the phone.” and pushes his legs off the desk.

He returns to the chalkboard, feeling the boy drill holes into his back, but ignores it. He was going to be a challenge student, but he hoped he will manage him.

Ionci of course didn’t write, but pretend to do so. He instead continued to mind his own business until the hour was over and the teacher left.

“Dude have you seen that guy?”
“The new one? Of course.”
“Who wouldn’t, you dumbass.”
“I don’t know what’s his problem.”
“Have you seen the teacher though? Blue eyes, blond hair? Not my type though.”
“Yeah sure, you say that everytime. You’re a sad hoe. грустная сука”
“I know him for a while now.” the red hair dyed girl said, munching on her sandwich.
“How come?” the brunette asked, pulling out her own sandwich now.
“Can I have a bite, pleaaaaaseee…” the little blonde meowed.
“No.”the brunette hissed, but quickly changed her mind when the atomic blonde poked her one inch nails into her stomach.
“Owwwhh…” she said in disgust ” Here, bitch.” answered the brunette girl and gave her half of her food.
“Thanks!!” she flashed her teeth as if she were innocent.
“Wait, what were you saying? Where do you know this guy from?” asked the brunette.

“We knew each other for a while. We met online, video games, you know? Dead by Daylight, PUBG, stuff like that.” answered the redhead.
“Bruh, I don’t care. All I care is that I finally understand french.” interrupted the blonde one.
“I know, right!?” enthused the brunette with a bob haircut.
The red head couldn’t relate, but instead pushed up her glasses. She was taught german in school, not french, but nonetheless, she was happy for them finally getting a hang of it. She herself was now being taught french for the first time, although she was being helped by the other two, who knew a little bit more.
“He’s like a French God. Our French God.”

They all laughed for a while and joked about the idea.

“Told you we made the right choice with France.” said the redhead, pushing her long hair out of the way, letting it fall gently down until it reached the small of her back.
“We sure did.”

They were exchange students from Romania, the redhead with long hair being Francisca, the brunette was Ruxi, as they called her, and the petite blonde was Diana. This was going to be their first year in France, and they were already loving every second of it.

He then went into the city and did his grocery shopping, stopping in a nearby park to relax a bit. He sat down on a marble fountain and inhaled the dusk air. A little frog emerged from the water and looked at the big blonde man. He broke a little bread crumb from the baguette inside his paper bag. He watched as the little amphibian munched down on it, but switched his attention when the creature suddenly disappeared under the water.

Then he saw it. The student from today morning, Ionci, sitting down underneath a tree, on a bench, directly in his direction, looking at him and eating the same damned seeds. The sight was disturbing, his eyes appeared to be shining with light, but the teacher wasn’t backing down. He was going to make a fine student out of him, no matter what. 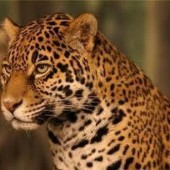